Using nature as a stress buster has long been a part of Swedish life. And now scientists wanted to prove its health benefits. In an experiment, five people in high stress jobs spent 72 hours on a small island in West Sweden, sleeping in a glass cabin and taking part in calming activities. Their stress levels and blood pressure reduced by 70%. These glass cabins are now available to rent.

Now this concept may sound like a celebrity game show. (No, they didn’t take part in weird challenges or eat live insects). But unsurprisingly, spending your days fishing and swimming, and sleeping in a glass cabin on a small island, is good for your health! 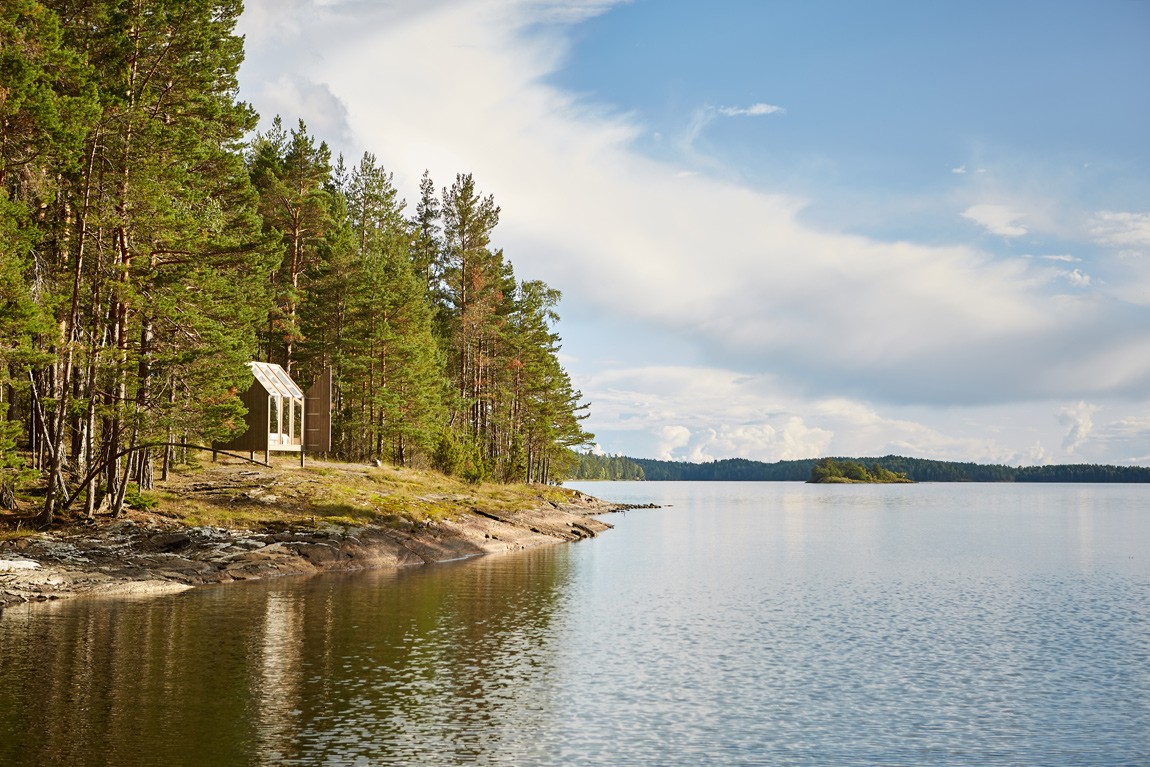 Sweden teamed up with researchers within the field of stress to study the effects of being immersed in nature. Five people in stressful careers including a British TV presenter, a French taxi driver and a German police man, were invited to spend three days close to nature on the island Henriksholm, in Dalsland, West Sweden. They slept in a glass cabin on the water’s edge and enjoyed nature near activities during the day. Walter Osika, researcher in Stress and associate professor at Karolinska Institutet in Stockholm, concluded that the participants’ stress levels had reduced by 70% in just 72 hours.

Inspired by Swedish barns, the cabins follow Scandinavian simplicity with a pitched roof and 360 degree views.

This experiment took place in September 2017. If this stress buster retreat appeals, you’ll be glad to know the cabins are now available for rent! Upon arrival, guests are given a map of the island, a solar powered battery, an eye mask, a water bottle, toilet paper and a sleeping bag (should you wish to sleep outside instead!). Meals are shared in the manor house; the only other building on the island. Visit VastSverige.com for more details and bookings.

More than just a publicity ploy, this highlight’s Sweden’s attitude to nature, and many have their own cabin retreats, often the more basic the better. Sweden maintains Allemansrätten, or the Right of Public Access, which gives you access to nature and foraging, within reason. 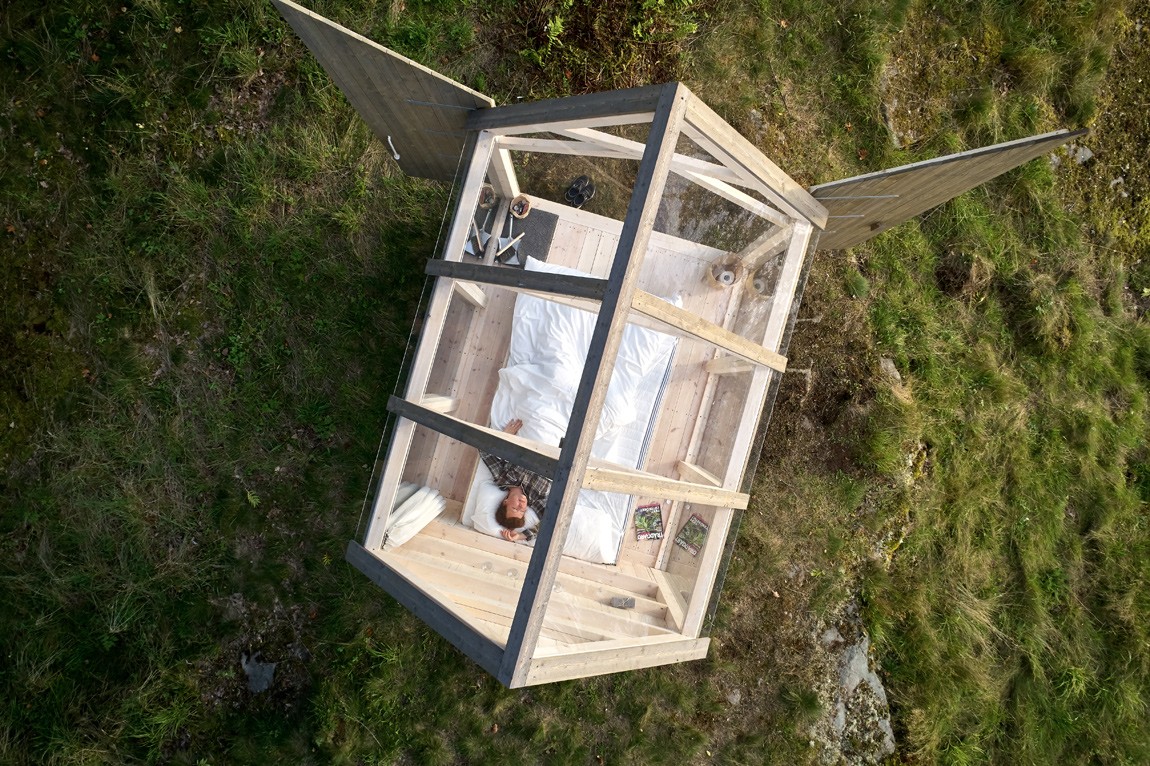 For other ingenious Swedish designs that bring you closer to nature, have a look at the solar egg sauna in Northern Sweden, and the Manshausen glass cabins that lie perched over the archipelago, north of Norway’s arctic circle. Also find out what makes the Finns the happiest people in the world!

If you like the Scandinavian approach of inviting nature and natural materials into your home, have a look around the Chalk & Moss natural design shop too.

All images of the 72 hour glass cabin by Jonas Ingman.

How to make elderflower cordial - easy & refreshing summer in a bottle!

House plant care and styling: from graveyard to jungalow