The outdoor sauna is central to the social lives of many Scandinavians. No less so than for the residents of Kiruna, a town in northern Sweden for whom the Solar Egg was built.

Decades of iron ore mining, which continues to this day, has left Kiruna and its residents being relocated several kilometres away. Thus, to maintain the strong spirit of Kiruna’s community, developer Riksbyggen commissioned Swedish artists Bigert & Bergström to create a public sauna for the residents of Kiruna. A special place to meet, socialise and discuss current affairs. The result was the Solar Egg, perched in the spectacular northern landscape.

Whether contrasting or blending in, good design respects and works with its environment. The Solar Egg sauna symbolises the rebirth of Kiruna. It celebrates the town’s warmth, community and beautiful nature.

The Solar Egg stands 5×4 metres proud, composed of 69 gold plated stainless steel tiles. The gold surface reflects both the iron ore and the installation’s snowy environment in Lapland. Kiruna lies 125km north of the Arctic Circle. There, daylight varies from total darkness to around the clock sunlight, depending on the season.

The interior of the outdoor sauna is no less of a treat. Visitors are welcomed to stunning geometrically shaped warm wood in the dome like interior. The curved aspen wood seating allows room for eight people. 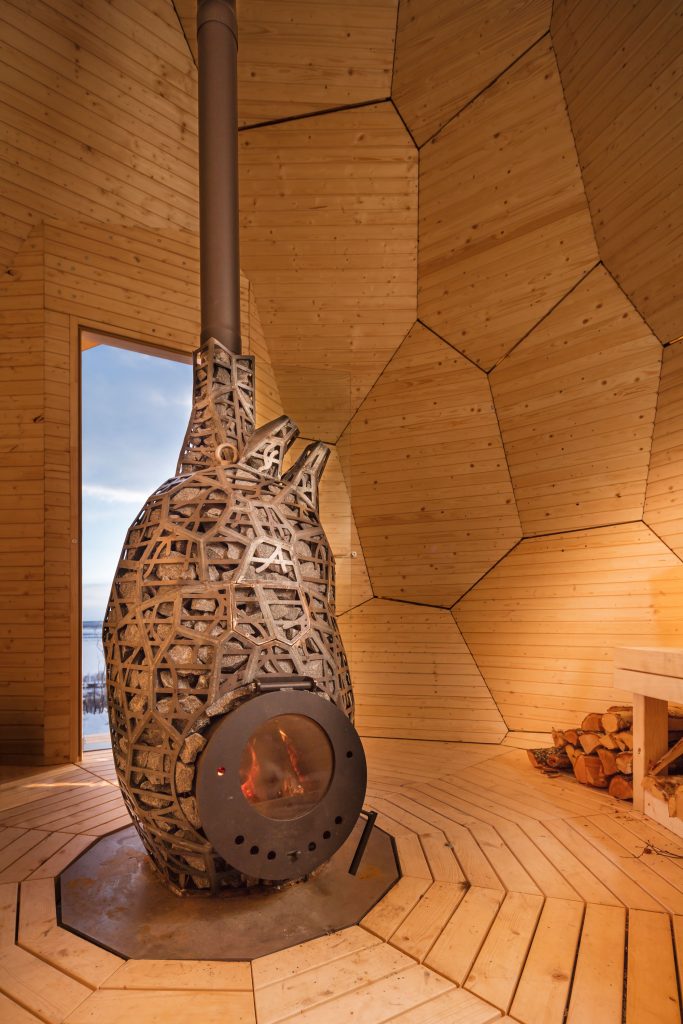 The inside of the sauna is described by the artists as almost sacred, with a 600kg wood burning stove shaped like a human heart. 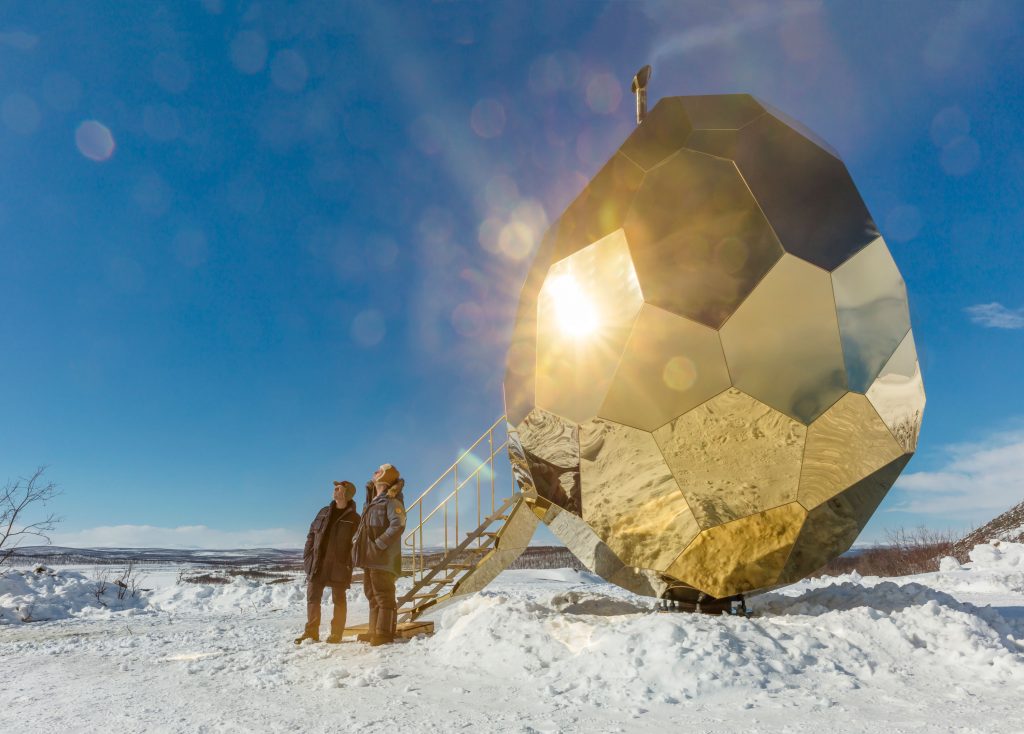 Artists Bigert & Bergström at the steps of the Solar Egg. A draw bridge is lowered to snow level for visitors to enter.

The sauna is free to use, to maintain Riksbyggen’s intention with the Solar Egg as a public and social hub.

Riksbyggen is cooperatively owned, and position themselves as innovators in sustainable urban development. They have commenced development of the new Kiruna at the foothills of Luossabacken, overlooking the hills and ski runs. The relocation of the town was needed because iron ore mining is an important source of income for Sweden. It has been since the end of the 19th century.

The outdoor sauna is common in Scandinavia, in both public and private settings. Spectacular public examples include Helsinki’s waterfront sauna by Avanto Architects and the industrial style exterior of the Gothenburg port sauna, designed by Berlin’s Raumlabor.

Suffering from Insomnia? Try this Sleep Smoothie before Bed!